We are excited to announce the Colloquium by Professor Steven Chu from Standford University.

Title: How I chose Science Problems
Abstract: One of the most important choices facing scientists and scientists-in-training is how to decide what area(s) to study and what problems to work on. Most people are not willing to follow Edwin Land, who’s personal motto was “Don’t undertake a project unless it is manifestly important and nearly impossible,” and I was urged by my Ph.D. mentor Eugene Commins to focus only on the most fundamental questions in physics. The problems I worked on as a graduate student, postdoctoral fellow and my early years at Bell Labs followed Land’s credo. This talk will discuss how I chose problems over the past half century and how I choosing what to work on today.
The colloquium will be held online at 4:30–6:00 PM on Friday 05/21/2021.
Zoom link will be announced through emails to all OCPA members. If you are an existing member, please login to check if your email is accurate. If you are not a member, please sign up for a new membership. A free one-year membership is offered through 12/31/2021.
Bio:
Dr. Steven Chu is currently the William R. Kenan, Jr., Professor of Physics and Professor of Molecular & Cellular Physiology in the Medical School at Stanford University. He was the 12th U.S. Secretary of Energy from January 2009 until the end of April 2013. Prior to his cabinet post, he was director of the Lawrence Berkeley National Laboratory, and Professor of Physics and Applied Physics at Stanford University. Previously he was head of the Quantum Electronics Research Department at AT&T Bell Laboratories. 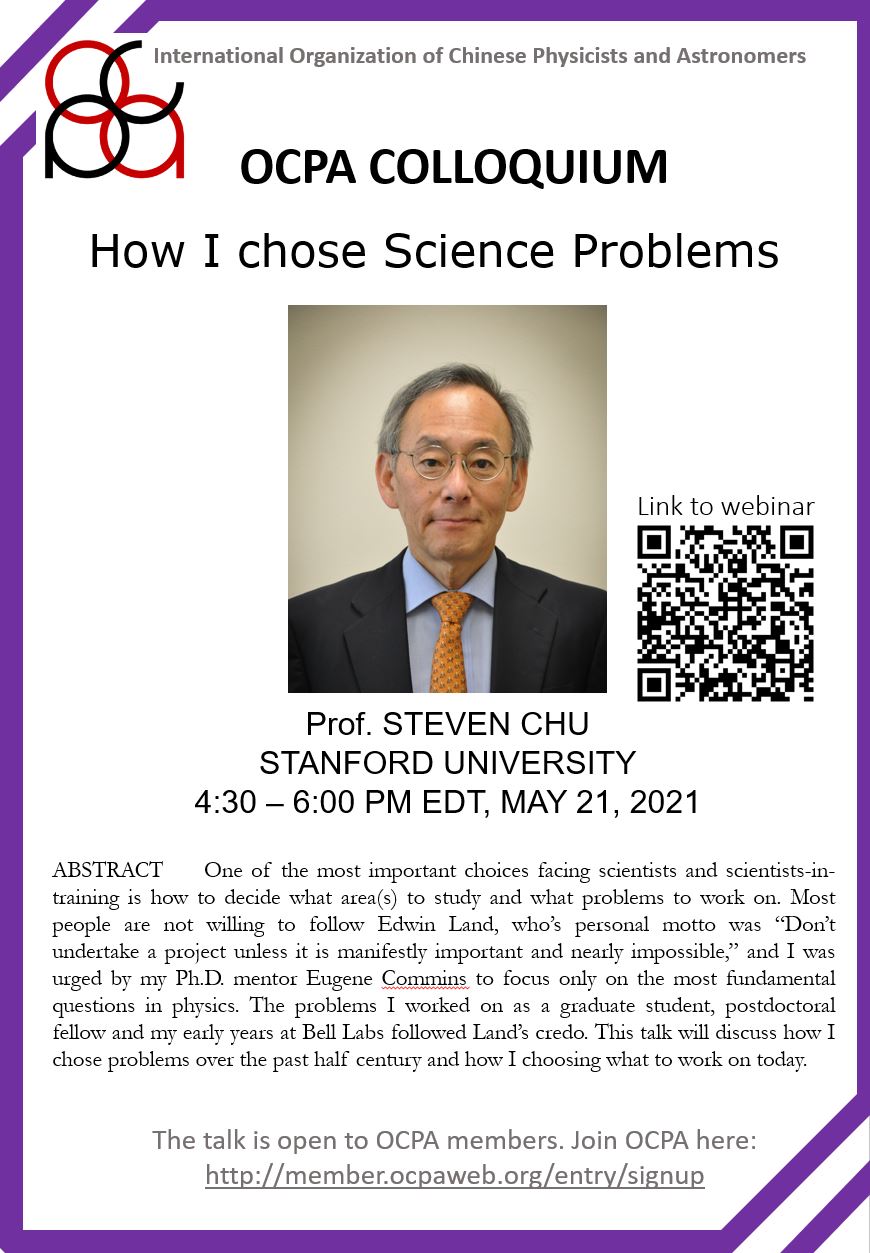